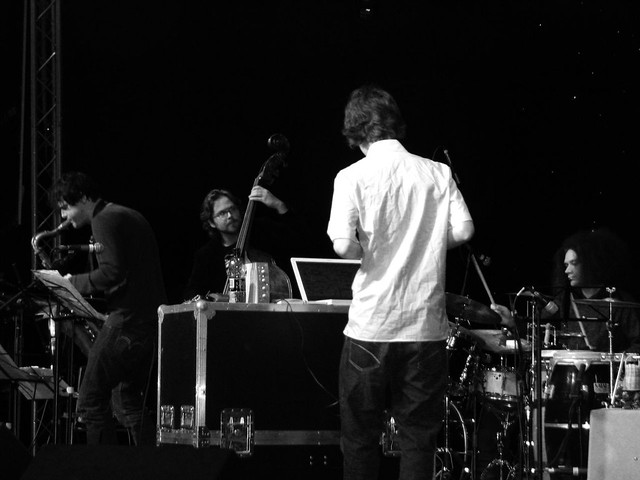 I've only recently started taking my first steps into the confusing world of jazz - part of the problem has been that jazz is such a broad term and the music I'm discovering now is not the jazz that my dad was playing when I was young.

Despite having lived in Ealing for over 10 years this was my first visit to the free Ealing Jazz Festival and it was mostly the appearance by Polar Bear that gave me the necessary kick up the behind. I'd seen Seb Rochford playing with Stan Tracey last year and having read up on and downloaded Polar Bear I decided that here was jazz music that was a bit closer to the rock I was familiar with.

Polar Bear were preceded on stage by the Jonathan Bratoeff Quartet - including both Pete Wareham and Seb Rochford. I must admit to being a bit nervous of the prospect of "jazz guitar" - but just as I have had to U-turn on jazz and the saxophone I am obliged to concede that there is a place in this world for jazz guitar. 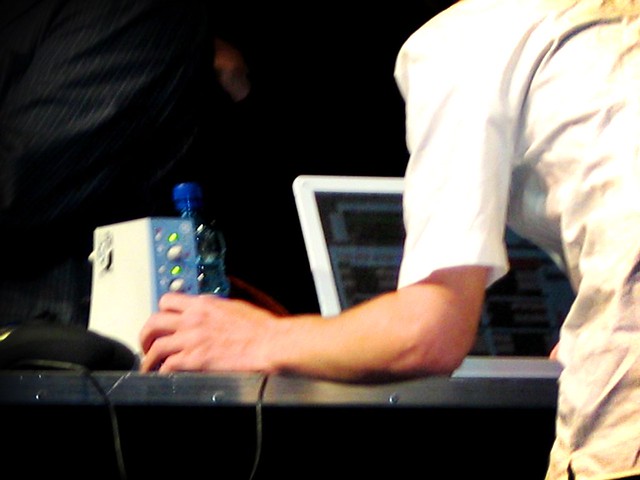 Polar Bear were sensational - I never thought I'd say that about a jazz band...and Pete Wareham has completely changed the way I feel about the saxophone.

I'm still no jazz head but I'm prepared to accept that there is some jazz that can almost excite me the way that certain indie rock guitar bands do...