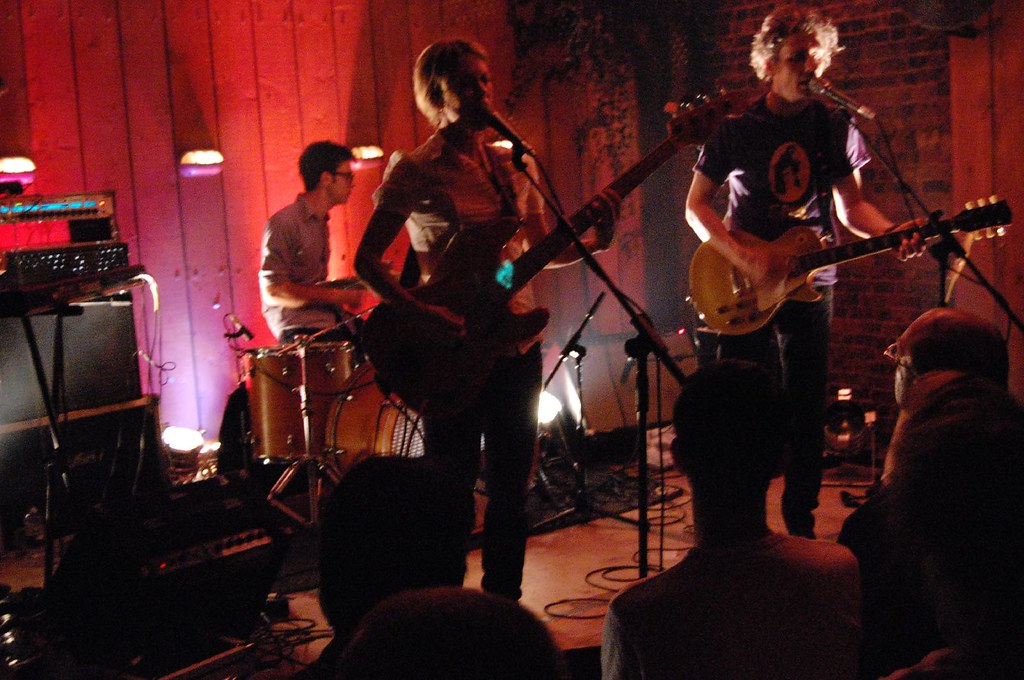 I sort of wish that nights like this weren't so cluttered - maybe it's a treat for some to see four bands in a night but when you have to fit those four bands into three and a bit hours it becomes a bit frustrating. Flowers Of Hell were first up and made a very lovely noise, eight people, lots and lots of instruments - the album is well worth picking up and I'd certainly see them again.

I'm not sure who the next band was becuase the singer didn't say it loud enough - they did have The Clientele's Mel Draisey helping them out on bits of percussion and a bit of violin - I think. Sweet pop music although the cover of Freight Train with the banjo was a bit clunky and pedestrian.

Next up The Clientele - who played a very short but good set with Alasdair's miserable banter - I think he may be taking "curmudgeon" and "sarcastic" evening classes because he's getting very good at it. It was good set all the same and the crowd wanted more, not me because by now I was trying to work out when the last train was and just how much Dean & Britta I could see before I'd have to leave.

They opened with Singer Sing (as seems the norm) and then gently eased it into Indian Summer (The Beat Happening one, not the Doors one) which was a treat. The set was not hugely different from the previous night although it was lovely to hear Bewitched - complete with trumpet (not sure who the trumpeter was but it was nice to hear). Sonic Boom guested on a couple of tracks.

They encored with Bonnie & Clyde and the lights came up at 00:02 - we were cutting it fine.

We made it onto the westbound platform of Liverpool St with a minute to spare - although, of course, the train managed to be a couple of minutes late. I'm too old for belting for the last train and getting home at 1:30.