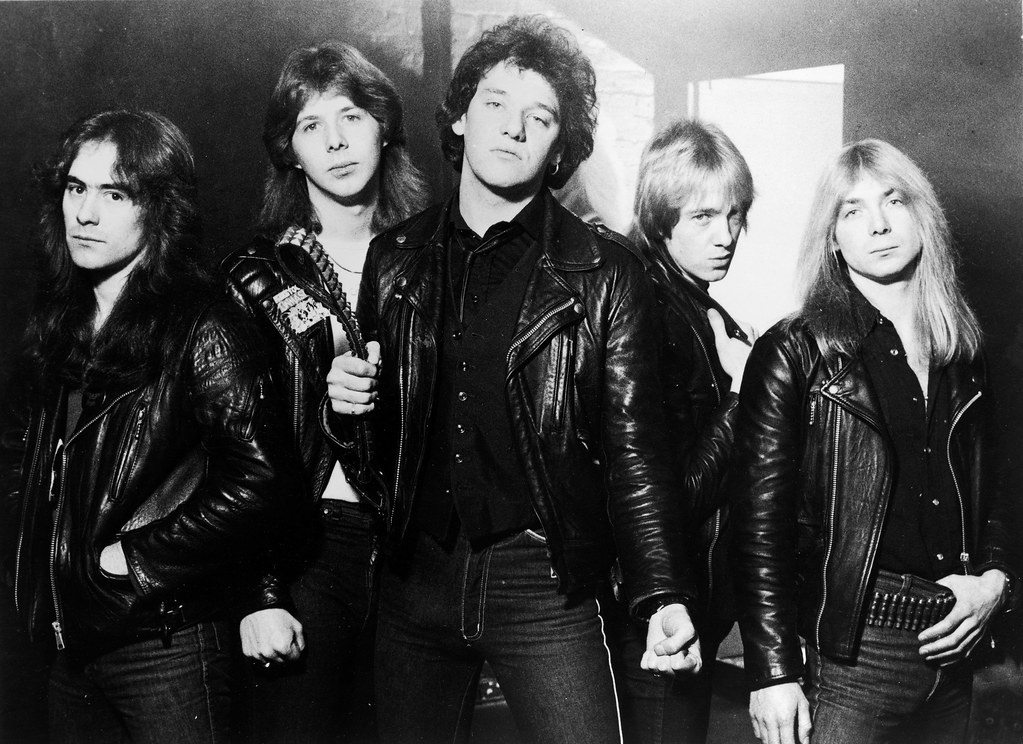 To be honest there are a stack of tracks that trigger NWOBH in my head - but Sanctuary is a pretty fine example.

I first saw Maiden in February 1981 on the Killers tour at The Guildford Civic Hall - I don’t remember a great deal but remember being thrilled - and remember chatting to another fan on about the show on the platform of London Road station on the way home.

I only saw them two or three times after this - to be honest I think they lost a bit of what made them special when Paul DiAnno was sacked - although it was pretty much the right decision for the band. I never really got on with Dickinson’s voice… also by 1983 NWOBHM was pretty much done for me.

The Catenary Wires and Red Red Eyes in London 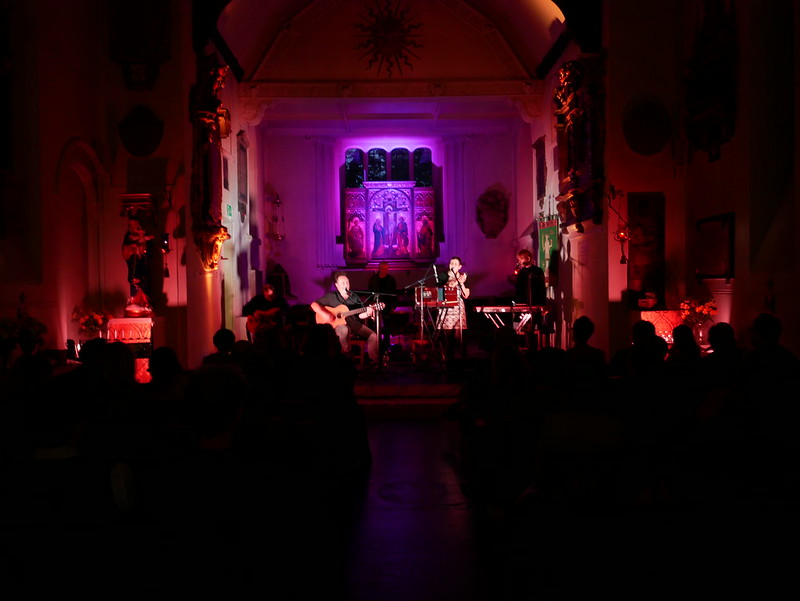 Was at the lovely The Catenary Wires show in London on Firday night. St Pancras Old Church was a perfect setting - it wasn’t as well attended as I’d expected but that only made it more special.

Red Red Eyes opened. I had bought and loved their LP Horology last year but hadn’t listened to it for a while so it was a treat to catch them here and be reminded to listen to it some more. 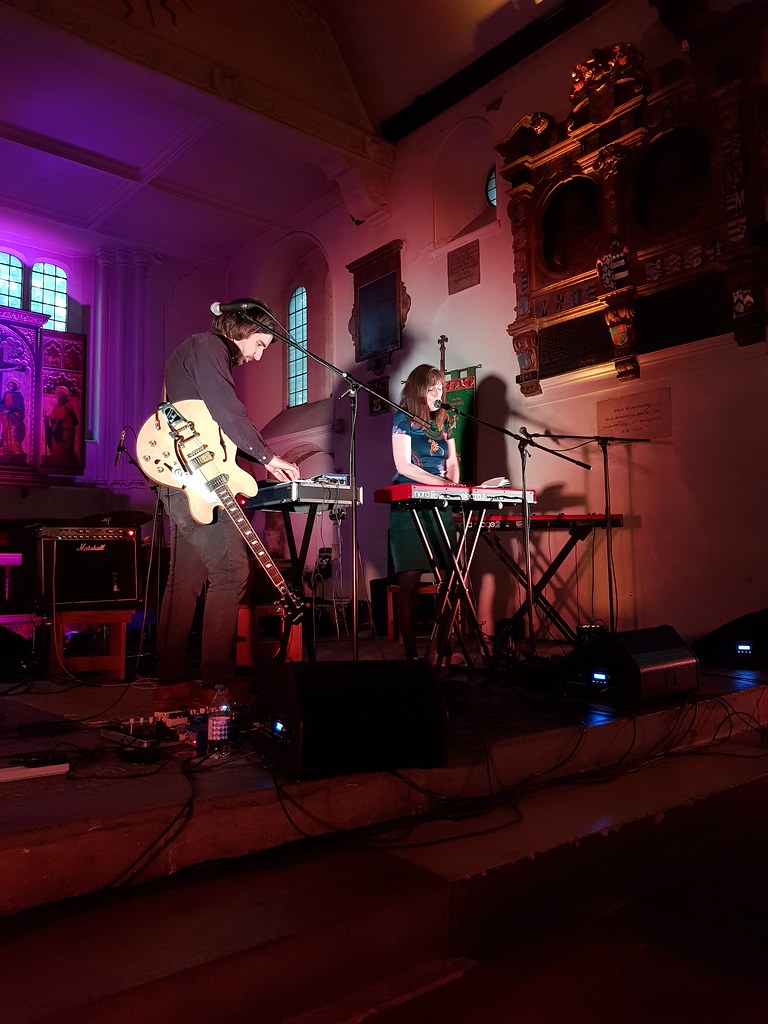 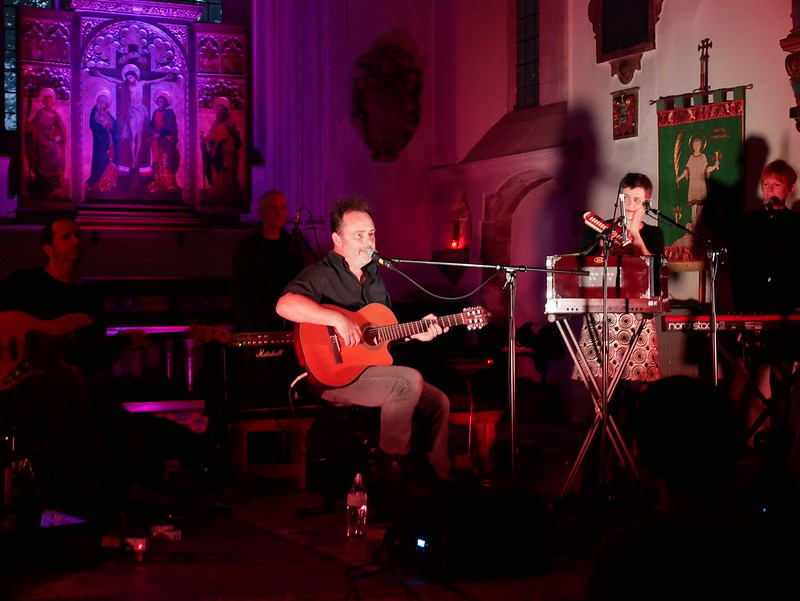 More pictures here - although they’re all pretty similar to the ones above!

And so to America, and the big studio resources are clear for all to see on the screen. But Rebecca opens with a lovely model tracking shot through the gates and along the overgrown paths to Manderley - as if Hitch was saying “if you want me Selznick, you get all of me”.

To be honest (and this might be clear if you’ve read any of the previous posts in this series) that Hitch’s model shots are part of what I’ve loved most about his British era films so it’s nice to see he decided not to build a full-size Manderley on the studio backlot.

Hitchcock described Rebecca as being “not a Hitchcock film” but it undoubtedly has Hitchcock’s hand and maybe in the wake of the British films and with the hindsight of his American films Rebecca looks like a Hitch film to me.

Joan Fontaine is adorable as the new Mrs de Winter. She plays demure and insecure so beautifully. While I’ve loved the sassy confidence and give-as-good-as-they-get humour of Pamela (The 39 Steps), Erica (Young and Innocent) and Iris (The Lady Vanishes). I think the gaucheness of Joan’s Mrs de Winter is played in a way that still allows her to show a different kind of strength.

Olivier is Olivier and as such is believable as the damaged Maxim and the scene where they’re watching their honeymoon films is a little heartbreaking to see them so happy in the films and so broken in reality.

Judith Anderson is remarkable as Mrs Danvers, and George Sanders is such a sleaze that you wonder how anyone could want to liaise with him!

But one thing that Hitch might have been right about, and something that maybe does make it a little less Hitchcockian is the lack of humour - it could use a little more light, and while Nigel Bruce and Florence Bates take a pop at lightening things it’s not enough. 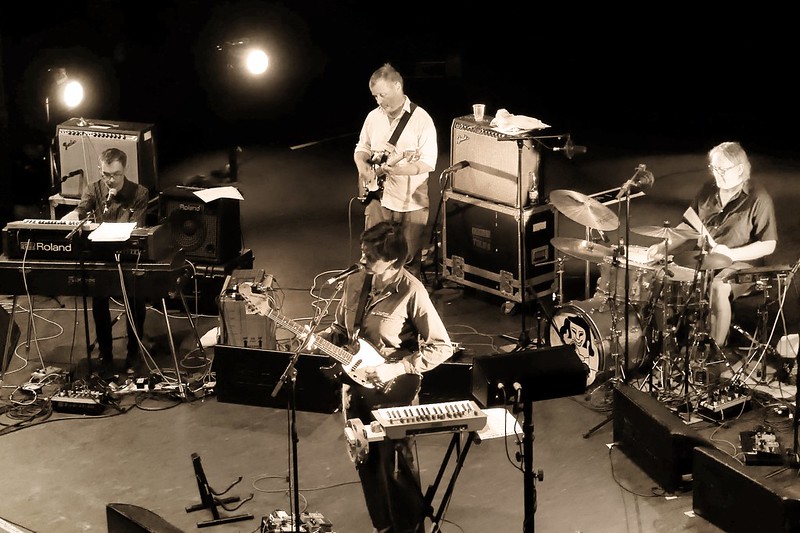 I adore Stereolab… up to a point. And that point is probably the day before they released Dots and Loops. It’s my fault we drifted apart, they developed their lounge and I just wanted more motorik.

I saw the band loads of times up until 1997, and just once after in 2004 - the post I wrote back then could probably be applied to last night’s show (except without the trombone) - but I’ll write a new one anyway.

I think this video from last week’s Primavera show deceived me slightly with it’s complete pre-1996-ness.

Last night had flashes of ‘lab brilliance and they were Crest (1993), Metronomic Underground (1996), French Disko (1993) and a blinding set-closer Lo Boob Oscillator (1993). But most of the rest of the set was from the albums I was cooler on and had therefore listened to less.

Here’s Crest from last night (apologies for the shakiness of sound and vision):

…and the end of Lo Boob Oscillator (apologies for shooting this in portrait mode - I hadn’t intended videoing it at all but … hypnotized and before I realised it was too late to change!):

I still love them but I only truly half-loved the show.

I woke up in the early hours of this morning with Pro>Gen by The Shamen in my head - I have no idea how or why it was there but, there it was.

I was never really into dance music - but if someone asked me to pick a 90s dance music archetype this would be it.

I first heard the track in 1990 when it turned up on the One Little Indian Greatest Hits Volume 2 spotify link compilation album - which I think was one of those low price samplers that labels would put out - the first side of disc 1 had The Sugarcubes, The Popinjays and The Kitchens of Distinction on it so I imagine that a cheap double LP with those three on it was worth a few quid.

The rest of the double LP set was of varying quality but Pro>Gen was pretty good … even if it couldn’t make me dance.

A year later it was remixed and re-released and became a huge hit - which was also an odd experience for me - being ahead of the game!