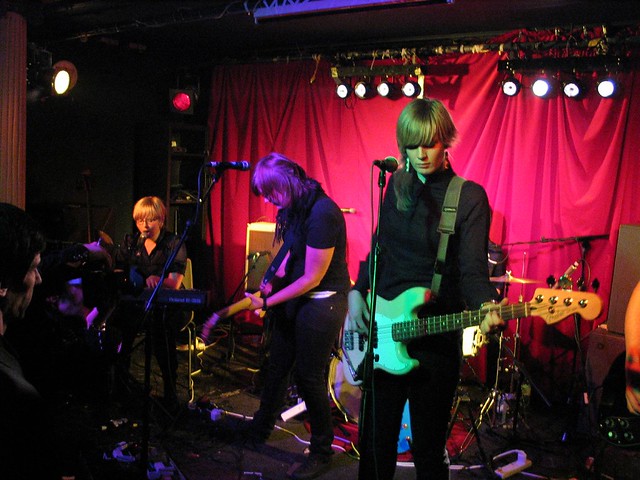 I can't remember how I came across Audrey, but, I'm fairly certain the first track I heard was a demo called "The Text is Written (Upside Down)" which I don't think ever made it onto a release of theirs. I then bought their 2004 self-titled EP and fell in love. This was slow and melancholy music.

Visible Forms came out in 2006 and was more sad and slow music, maybe not quite as perfect as the EP, but still rather beautiful. Audrey came to London in August of that year and played at The Water Rats. Hazel and I went along, these ridiculously young women made us feel so old. It was a lovely show.

They released another album a couple of years later but it didn't grab like the earlier records. Their painfully awkward website has a post from 2010 saying that they're ... "still alive but currently find themselves in a slumbering mode" - it's been too long a slumber.

The EP and Visible Forms however are two nearly perfect releases.

Here's the video for Mecklenberg, the stunning opening track of Visible Forms

Here's a short clip of them playing Box and Fights (from the EP) at that London show in 2006.