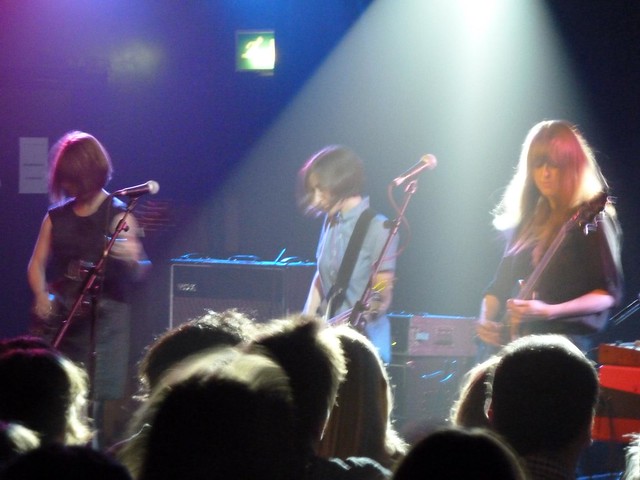 No Shouts, No Calls was the last (so far) Electrelane album, it was their fourth album and I'd been listening to and loving them since "The Power Out", their second. Somehow I never saw them live despite probably having a billion opportunities. Not long after this album was released the band went "on hiatus" and it looked like I'd never get the chance.

I've not really stopped listening to this album, or any of the previous two, so this wasn't revisiting a lost album, but just confirmation at just how much I love it.

In August 2011 the band reunited for a few shows and I finally got to see them live, at an overcrowded Scala. It was good, but I think it would have been better if I'd seen them four or five years earlier.