I haven't seen this for ages, probably 30 years, or more. Les Bicyclettes de Belsize is a short musical film, with a slight, but charming, plot, some lovely north London photography (sadly a part of London I'm not too familiar with so didn't get the "been there" buzz I got with, for instance, A Hard Day's Night), and some sweetly drippy songs. I have this as the second film on a DVD of the also rather wonderful The London Nobody Knows.

It also has the rather awesome Raleigh RSW 16 - now I'm fairly certain I'd look a prize pillock riding one but I generally don't worry too much about what I look like, and besides, in my head I would look brilliant. I've set up a saved search on eBay! 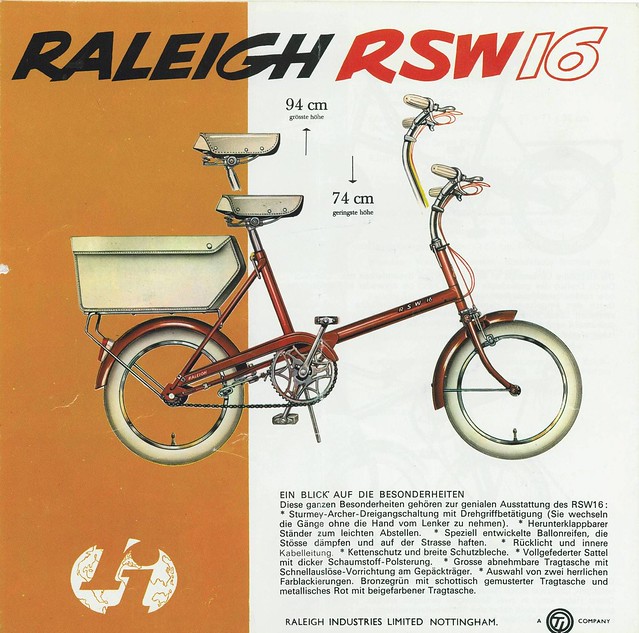 I also was pointed in the direction of a different... Les Bicyclettes de Belsize

Who are related to Paisley & Charlie... who can join the long list (over here) of lovely folk who have done lovely covers of the lovely White Horses