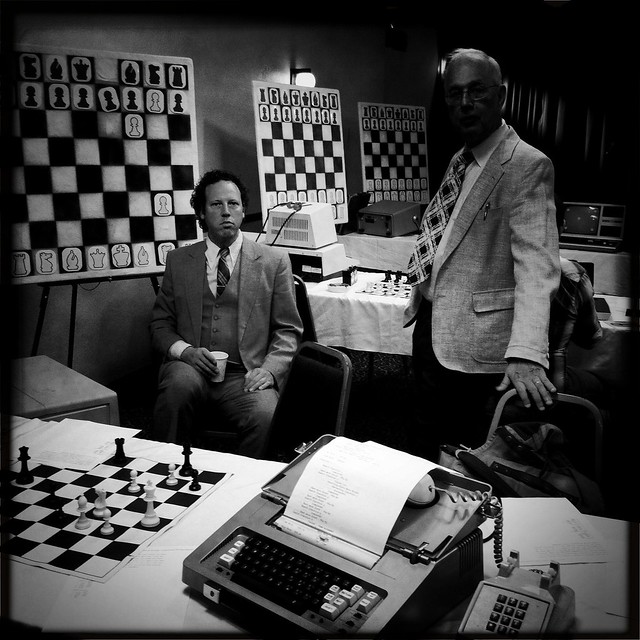 Computer Chess evoked the time it was set in rather well, the black and white videography, the set dressing, the computers and the clothes all seemed to help set this film in a strange past, where our present was beginning. Unfortunately Computer Chess didn't engender any real empathy towards its characters, didn't have any real humour, and the plot existed purely for the sake of itself rather than for the satisfaction of the viewer.

Maybe my problem was that I was more interested in the tournament and the technology than the misfits involved. I think I wanted a real documentary made in the early 80s rather than a fiction set there.