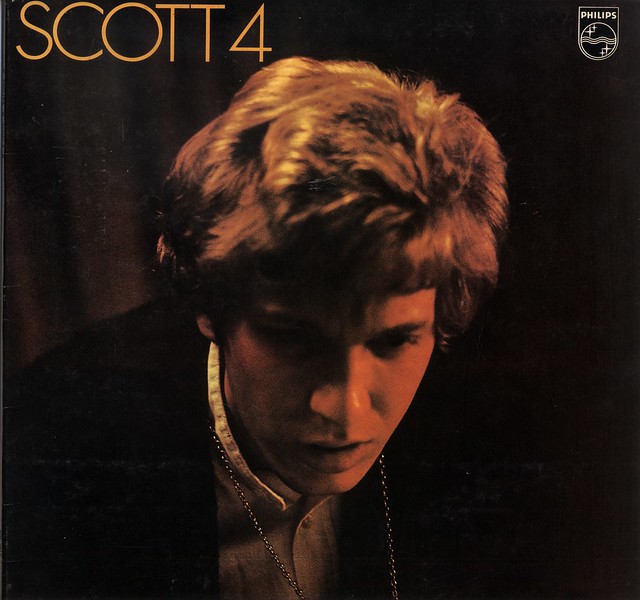 Scott 4 is one of those albums it's assumed that people who love music will love. To the point where, I suspect, that there are more people who "love it" than have actually listened to it. That's not to say that it's a difficult album to like, it's not. It's actually a very easy album to like. It has simple but lush arrangements, it has Scott's rich baritone, it has some nicely obtuse lyrics. It is almost the very epitome of easy listening.

I guess I first heard the album in the early/mid 90s but probably found it a little too easy, also my natural contrariness meant that I was never really likely to love an album I was expected to love. But I do keep going back to it, I've never loved it but I have learnt to understand why I'm expected to love it. I expect one day in the not too distant future I will love it.

Also, 32 minutes... that's pretty much the perfect length for an album. I know the CD came along and messed things up by being capable of taking 74 minutes and suddenly we all expected to get our moneys worth. But 32 minutes is perfect.

Another reason to hate CDs

I have, however, decided not to buy into the mythologising of Scott Walker.

I like Scott 4 more than some of those other albums I'm supposed to love (I'm looking at you Pet Sounds).