One shot: (Stranded on a) Dateless Night 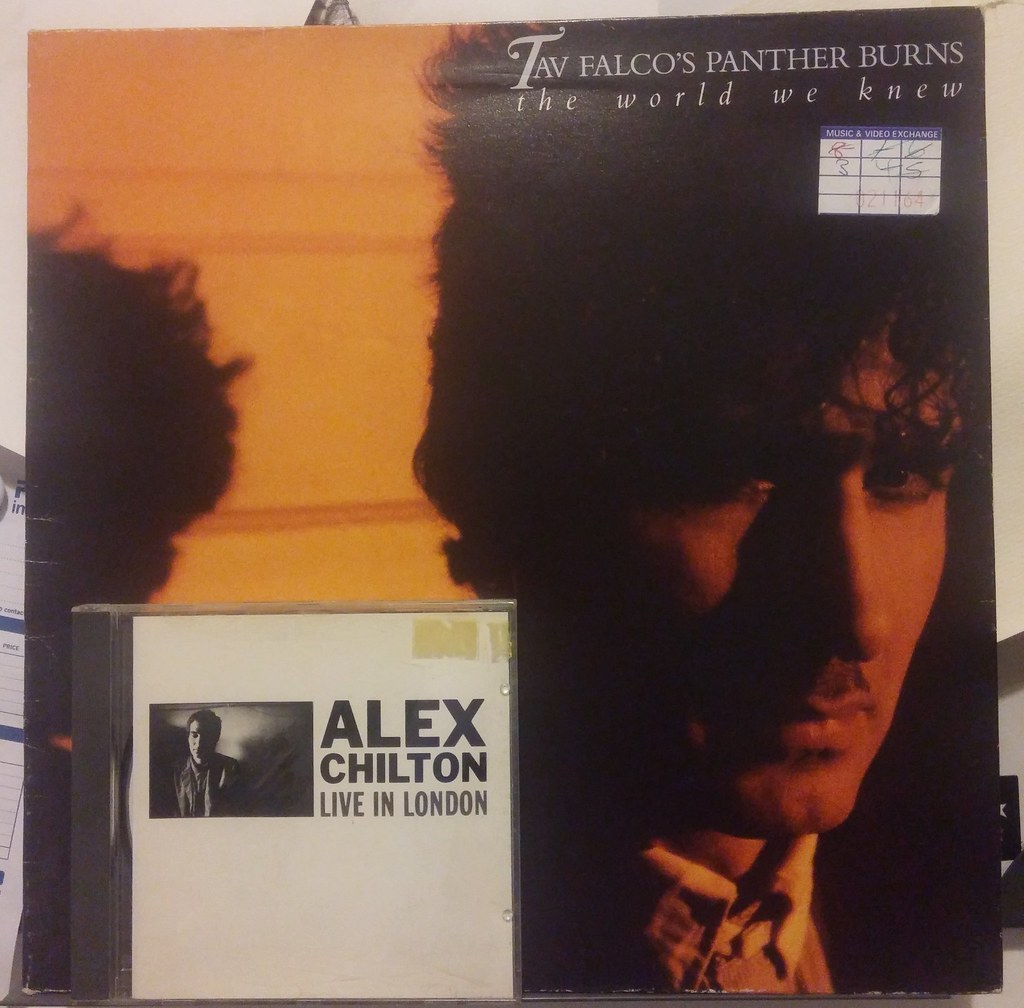 I've been slowly sorting through my CDs and came across my copy of Alex Chilton Live in London that I picked up many, many moons ago - probably the late 80s or very early 90s.

I was superficially aware of Alex Chilton before I really knew Big Star, through The Letter, which I had on a 60s compilation LP (probably more than one).

During a short-lived, early 80s foray into Psyhcobilly I bought a compilation album called Rockabilly Psychosis and the Garage Disease that was pretty much my Psychobilly bible (along with the (first two) Blood on the Cats comps). It had some old gems - Psycho by The Sonics, The Crusher by The Novas; and some new gems by the likes of The Guana Batz, The Cramps and The Meteors.

But possibly my fave track on the album was Tav Falco's Panther Burns Dateless Night. A few years later I bought The World We Knew on the strength of Dateless Night ... and a couple of years on I became aware of Big Star.

Most of the 80s rockabilly/psyhcobilly revivalists have had a pop at Dateless Night but they're all pretty straight and often fairly dull, so instead here's Tav Falco performing the song a couple of years back in New Orleans

I only saw Alex once, when the reformed Big Star arrived in London with The Posies on the back of the Ryko reissues in 1992.