Just dug this one out #1 - The Sundays 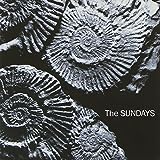 Reading, Writing and Arithmetic
The Sundays
Amazon (US) | Amazon (UK)
Reading, Writing, and Arithmetic by The Sundays is a cracking album that just makes me feel so warm every time I pull it out (which is not often enough). Listening to it right now it sounds a little dated but those jangly Smiths-y (yawn) guitars and Harriet's voice just makes me very nostalgic for the late 80s and early 90s when discovering music was so exciting (it still is but in a different way - the Internet has made discovering music a lot less challenging!). Their second album "Blind" was forgettable and until I checked Wikipedia I didn't even know there was a third! I think just one perfect Sundays album is all I need.

Of course my enduring memory of The Sundays is that they are responsible for me seeing Galaxie 500 one less time than I should have done when they postponed their London show (with G500 supporting) - the rescheduled gig was great but no Galaxie 500!