Chuck Berry on a jet to the promised land 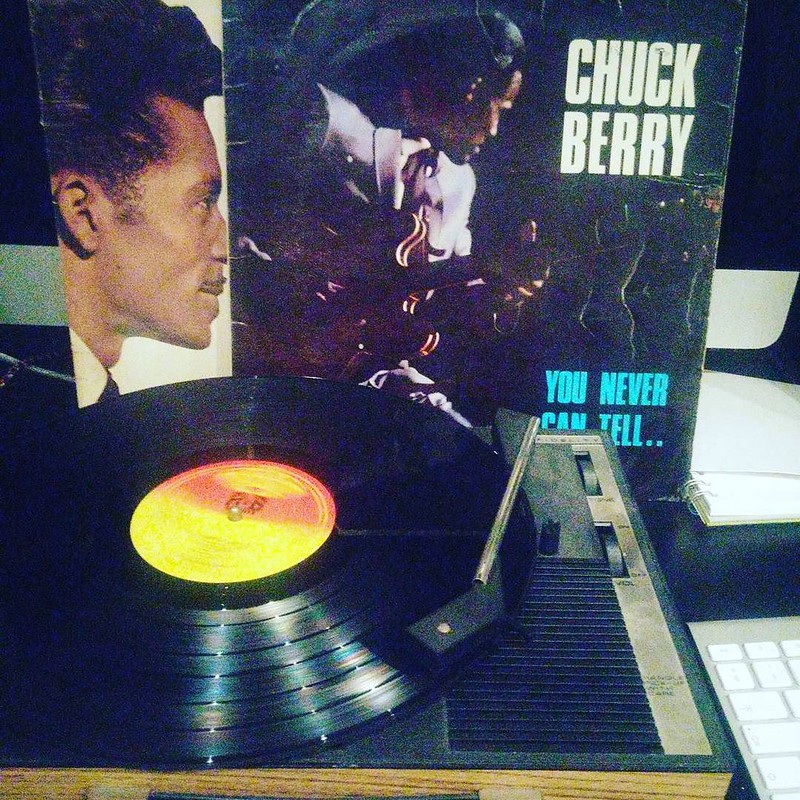 I saw Chuck Berry twice in the late 80s, both times at the Hammy Odeon. I love that I can say that - they're memories I wouldn't do without.

Having said that they are memories that are muddled and murky, I don't remember what he played - I hope he played Promised Land, both times - let's just assume he did.

I do remember at one point a young man jumped on stage and started dancing energetically around and Chuck wandered over to him, mid-song and said something to him. The young man wandered off the stage… and returned with a bunch of pals and they all started dancing! I loved that despite his reputation Chuck clearly loved how his music made people feel.

Capital Radio, the morning after one of the gigs was gushing about the fact that Chuck had been contracted for a 60 minute set but had actually played 64 minutes! Suggesting that he was so lost in the show that he gave us four minutes of his time for nothing!

We were lucky. I'm glad.

Chuck kept coming over but I never got around to seeing him again.