Off to the dogs 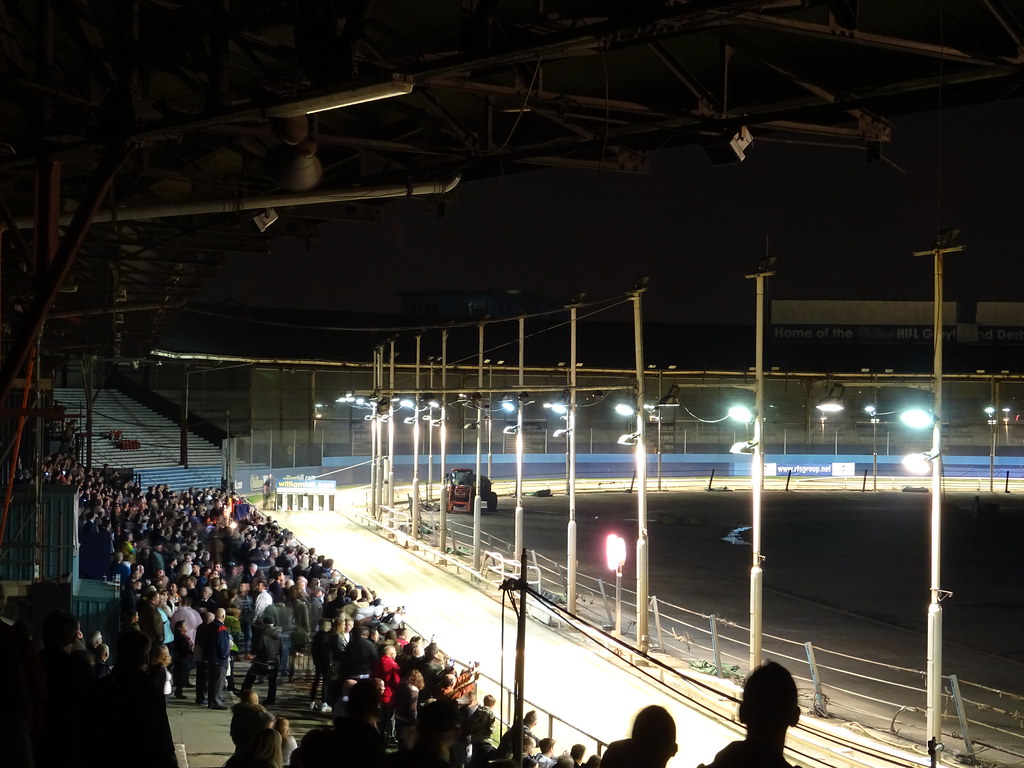 Next weekend Greyhound racing will end in London, probably (hopefully) for ever. Last weekend, and contrary to so much of what I see as right, Hazel, Adam and I went to the dogs.

I don't like or approve of dog racing (or for that matter gambling) but did see this as the end of a part of London's past, and for that reason I thought we should go for one last time (I had been a few times in my less enlightened past), to see the end of an institution. Adam asked if I'd have rushed off so eagerly to the last public execution! Maybe.

The last dog racing in London will happen at The Wimbledon Stadium ~ across The Wandle from the former home of Wimbledon FC, and a place I spent a great chunk of my growing up - between 1980 and 1991. Once the dogs have gone, AFC Wimbledon (different name, same club as far as I'm concerned) will be (fingers crossed) coming home to a new stadium built on the site.

Wimbledon Stadium is a sprawling, ugly mess of a place, it has no charm, and no beauty - no gorgeous neon welcome.

We arrived and I dragged my family around the housing estate where the football ground once was, and then we headed into the dog stadium. There was a queue - maybe because of curious people like us.

We stayed for three or four races, it's an ugly "sport" and it makes people (even us by association with it) become ugly. We photographed the end of this era and left, not sad to see it go, and feeling a little dirty at having done it. 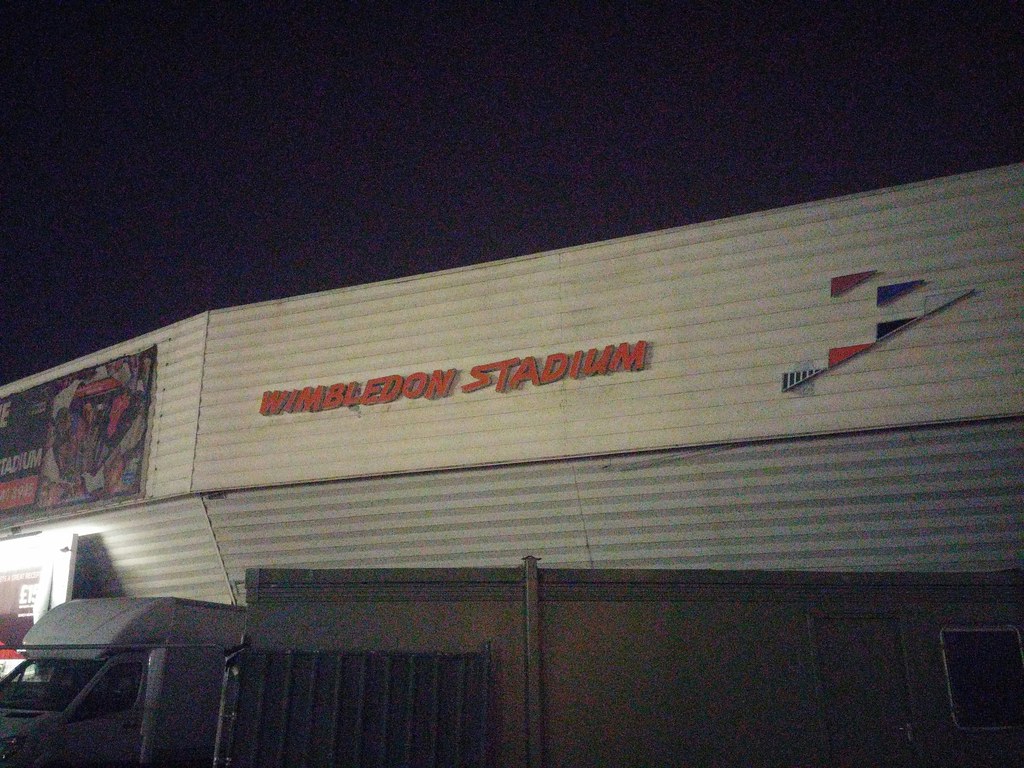